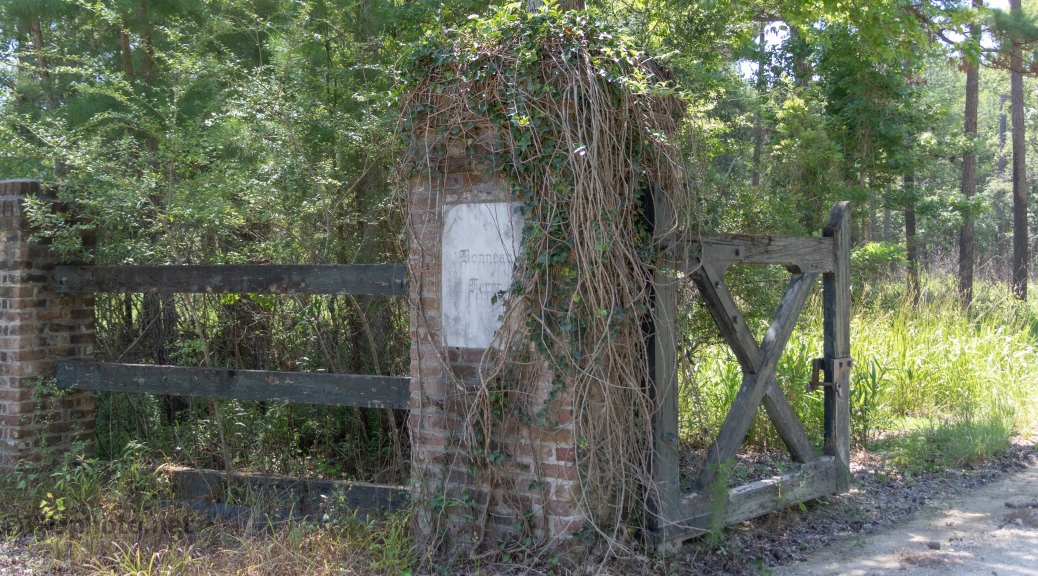 I will start with the fact I have wanted to visit this area for a long time, and could not find it. When I finally did (with local instructions) I promptly placed things in the infamous ‘to do’.

That said, some history;

Much of this land was part of the Bonneau Plantation and ferry. This area had some of the original southern plantations. The first known records of Bonneau are 1712, the ferry was running until 1798.

Ultimately the Bonneau and Calhoun families joined through 2 marriages. John Calhoun was a US Vice President, influential politician, large supporter of slavery, secession from the US, and outside his native state not well thought of at all, to this day.

This Bonneau road leads down to the Cooper River area, and several other original plantation lands… if you can find them. Directions included passing a cabin, alligator pond, a hill, etc.

There are miles of these roads connected and out goal was to find the ruins of a well know plantation near the Cooper River.

The plantations are not near any roads, and never were. Rivers were used for transportation and trade. For us the only way was on dirt roads that go through these woods back to the river areas.

You know it’s the start of an adventure when you start at old gate posts like this.