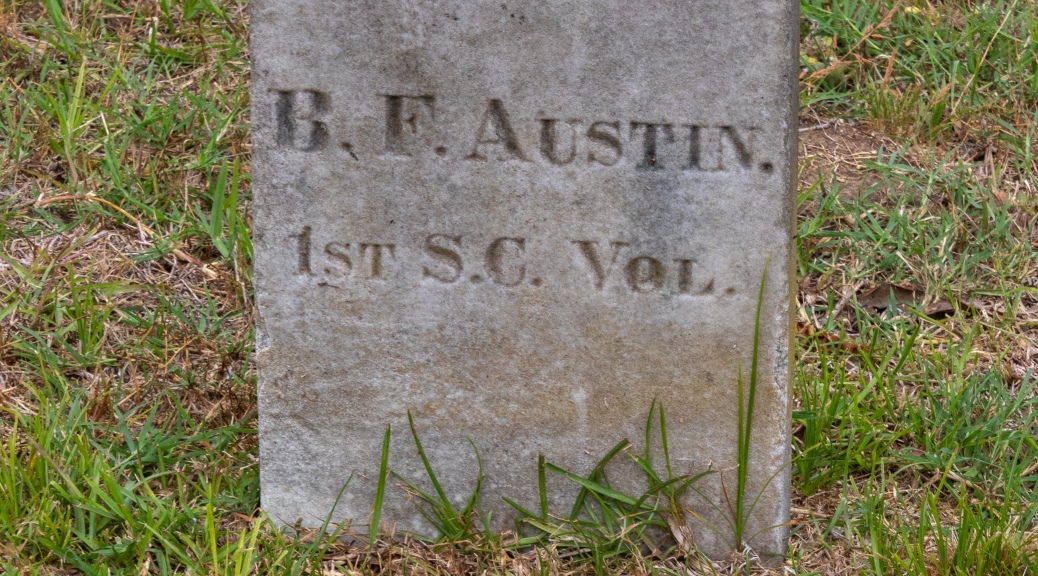 This headstone is in Magnolia Cemetery, the Soldiers Field section.  I was unable to find any reference to a ‘B. F. Austin’  here.

Members of the CSA (Confederate States Of America) military are buried here. However, the 1st South Carolina Volunteers were a regiment of the northern Union Army, not CSA. This explains why there is no military insignia on the marker.

This unit was composed of escaped slaves from South Carolina and Florida.  Harriet Tubman, the famous abolitionist,  served with these men as a cook, nurse, spy, and scout. The commander Col. Thomas Higginson was a supporter of John Brown and helped document the Gullah dialect of the men in the regiment.